All Willowy n’ Sh*t (From the novel BATS) 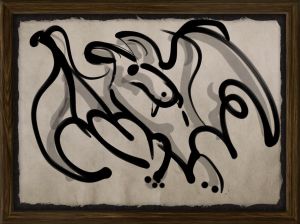 (Imagine, young reader: Can you picture her long fine hair blowing in the late afternoon breeze as she walks along Palisades Park above the sparkling Pacific? Can you see her as she kneels to pick flowers on her way toward her “favoritest” bench overlooking the Santa Monica pier? Oh look! There sits a handsome minstrel!)

Graceful Mina, holding a fistful of traumatized wildflowers viciously torn from their roots, approached the young man in slow motion. The smooth, shirtless, and easygoing young fellow was butchering James Taylor’s song, “Laid Back and Cool,” on his guitar beneath an oak tree.

“You sound just like James Taylor!” said the willowy one who, luckily for Jonathan, was also tone-deaf.

“I assume that you mean the young James Taylor, the carefree James with long, thick hair. Alas! Fair maiden! You look just like Gwyneth Paltrow. All willowy an’ shit,” said His Mellowness.

“Aye, my princess, my name is Jonny, short for Jonathan. The life of an irresponsible musician is in my blood. My father, Jonathan Tepes, was also a musician. He too was a talentless irresponsible leech…‘cept he’s bald and old. Observe, dear maiden, I’m lanky and young and cool without a care in the world. I don’t carry a wallet or wear a shirt. You, my dear, look extra willowy to me.” He attempted a few major sixth and seventh chords from a song by Bread. He knew that those soft romantic chords were chick magnetizers.

“I am willowy,” Mina said. “You could blow me away with a fart.”

He tooted. A breeze ruffled through the green grass. She grabbed onto a nearby tree for safety.

Jonathan smiled. “A fart straight from my heart, dear maiden. I haven’t bathed in a week or washed my underwear in a month. I pray that it doesn’t offend thee. I’ve been living off of the land, our Mother Earth, since this morning.”

The willowy one was holding her breath, deep in thought, recalling a favorite quote. “Das Vaterland,” she finally exhaled to the flowers that she had picked on her way toward the top of the hill. She looked up toward the handsome singer. “‘Once again the songs of the fatherland roared to the heavens along the endless marching columns.’”

“Who said that?” asked Jonny.

“…blow yourself away. I mean, do you eat any meat at all, fair one?”

“I once bathed in the blood of a friend’s placenta after I’d helped her give birth. My guru, Clem Choudhury, suggested it. Perhaps you’ve heard of him?”

“He was so beautiful. He told me that placenta is good for the complexion. That changed my life forever. Today I have my own business manufacturing my own brand of skincare products.”

“Sorry, the Latin plural for placenta is placentae. During the school year I study language and sometimes teach Elizabethan literature. This summer I’m just a cool, handsome lifeguard in Santa Monica. Can I be your prince, fair maiden? Where would you like to rule, my lady?”

“Hungary. My parents came here from a part of Hungary that is now part of Slovakia. I’ll be going over there soon for business. Someone is very interested in my products. I may look up some of my original family.

“I may also travel to Europe soon. I’m researching a book and have applied, long ago, for grants. I’m a fan of eighteenth-century Romanticism.

Shortly after the two young people exchanged emails, Facebook pages, phone numbers, Twitter and Linkedin accounts, and just about anything short of bodily fluids, the afternoon’s peace was shattered.

Two weekend bikers broke the silence of the Sunday afternoon as they approached the hill on a thundering Harley. They both wore blue jean outfits. The woman’s tattoo-covered flab was spilling out of her short-sleeved vest and shorts.

“Huh? Did you hear what this motherfucker said to me, Chester?”

“You skinny prick. If I weren’t just a huge, doughy, outa-fuckin’-shape desk jockey with a bad ticker, I’d stomp your sorry ass, punk,” said the lard-ass-on-wheels named Chester. “Nobody talks to my fuckin’ bitch like that!”

“Hey! I was just admiring the old heap’s artwork, man.”

“He’s gonna be a prince and I’m gonna be his princess someday,” said the willowy Mina.

“Oh reeeeally? You two look the part now. Take my advice, ya better do it while you’re still a stick figure, flower child. That goes for you too, granola breath.”

Mina, always the cosmetics saleswoman, turned to the woman on the bike. “I can perk up that skin for you, ma’am. My name is Mina.”

“I’m Brutehilda and everyone calls this laugh-a-minute turd Chester the Jester!”

“I sell an anti-gravity skin cream that is far more than a simple moisturizer,” said Mina. “It will firm you up. Just rub some there and there…”

The change was magical. The sinking ship on Brutehilda’s arm became buoyant. The Eiffel Tower on her thigh that once pointing toward her crotch was, once again, erect.

“Keep a sample,” said Mina. “Let me know how it works. My email is on the jar. In a few days I’m off to Slovakia. I got a letter from a woman named Lupta Axe who represents a rich countess. This countess claims that she has found an all-natural ingredient that can rejuvenate not only the skin, but the entire body. It’s supposed to be the real deal.”

“This jar is on me. I’m bringing my ingredients to Slovakia. The Countess says that she’ll purchase everything that I can make.”

“Me and the wife here are taking some business associates and some Nordic friends on a bike trip through there and along the Danube in a couple of weeks,” said Chester.

“If this stuff works, I’ll buy everything else you’ve got,” said Brutehilda. “Maybe we’ll see you over there.”

“Ha. Ha. Don’t listen to the old fool, string bean.” Brutehida’s stood up to stretch her six-foot-nine, no, six-foot-ten-inch frame.

“Don’t worry, kid,” said Chester. “Brutie’s as gentle as a bear. She won’t crush your little friend. Besides, there ain’t enough meat on her bones.”

Mina stepped back to look up at her imposing new friend. “Yeah. Maybe we’ll see you around.”

“…and around and around,” said Jonathan. “Around Bruthilda. That would be quite a hike.” He tried to suppress a laugh.

“Orrrrrrrr…unless your dainty T. rex stands in front of the sun and causes a total eclipse,” said Mina with an elbow to Jonathan’s ribs. She couldn’t stop giggling. Neither could Jonathan. “We’re really sorry,” said Mina.

“Hey!” said Chester. “Noooooobody talks to my fuckin’ bitch like that!”

Jonathan sobered instantly and grabbed the neck of his guitar ready for a fight.

Chester broke into a big laugh. “Chill out, boy. I’m only joshin’!”

Jonathan and Mina looked at Brutehilda for a reaction, knowing that she could have pounded either of them into the ground like a fence post for the way that they were talking about her.

They other three joined Chester the Jester in a hearty laugh. (Hardy fuckin’ har har.) There was nothing particularly funny said that afternoon in Santa Monica, it’s just that the biker couple had been tooting nitrous oxide (laughing gas or N2O/O2) continuously. Chester and Brutehilda, who had a dentist brother, always inhaled a tankful on Sundays, before they cruised the Pacific Coast Highway.

When did I feel like a real writer? When, at 4-years-old I wrote my first dirty word on numerous copies of a note and distributed it throughout the Miami hotel where my family was staying, (Some old geezer ratted me out because I took my alligator for a stroll in the lobby). 'The note' was widely read, reviews were good and we were ‘moved’ across the street. Find my fine literature at: http://www.amazon.com/Fred-Barnett/e/B002N60GRQ Books: "Bloody Good" (True shark stories) PG-13 "The Kingdom of the Cats (Short Stories)" - PG-13 -rated "Bats" -R-rated "Shark Fin Soup" - R-rated Coming Soon: Perdido -PG-rated NetworkedBlogsBlog:Freddy BarnettTopics: Fantasy, Horror, Humor  Follow my bloghttp://widget.networkedblogs.com/getwidget?bid=1453548

When did I feel like a real writer? When, at 4-years-old I wrote my first dirty word on numerous copies of a note and distributed it throughout the Miami hotel where my family was staying, (Some old geezer ratted me out because I took my alligator for a stroll in the lobby). 'The note' was widely read, reviews were good and we were ‘moved’ across the street. Find my fine literature at: http://www.amazon.com/Fred-Barnett/e/B002N60GRQ Books: "Bloody Good" (True shark stories) PG-13 "The Kingdom of the Cats (Short Stories)" - PG-13 -rated "Bats" -R-rated "Shark Fin Soup" - R-rated Coming Soon: Perdido -PG-rated NetworkedBlogsBlog:Freddy BarnettTopics: Fantasy, Horror, Humor  Follow my bloghttp://widget.networkedblogs.com/getwidget?bid=1453548